#11 SIX Myths About Self-Compassion that are Limiting You 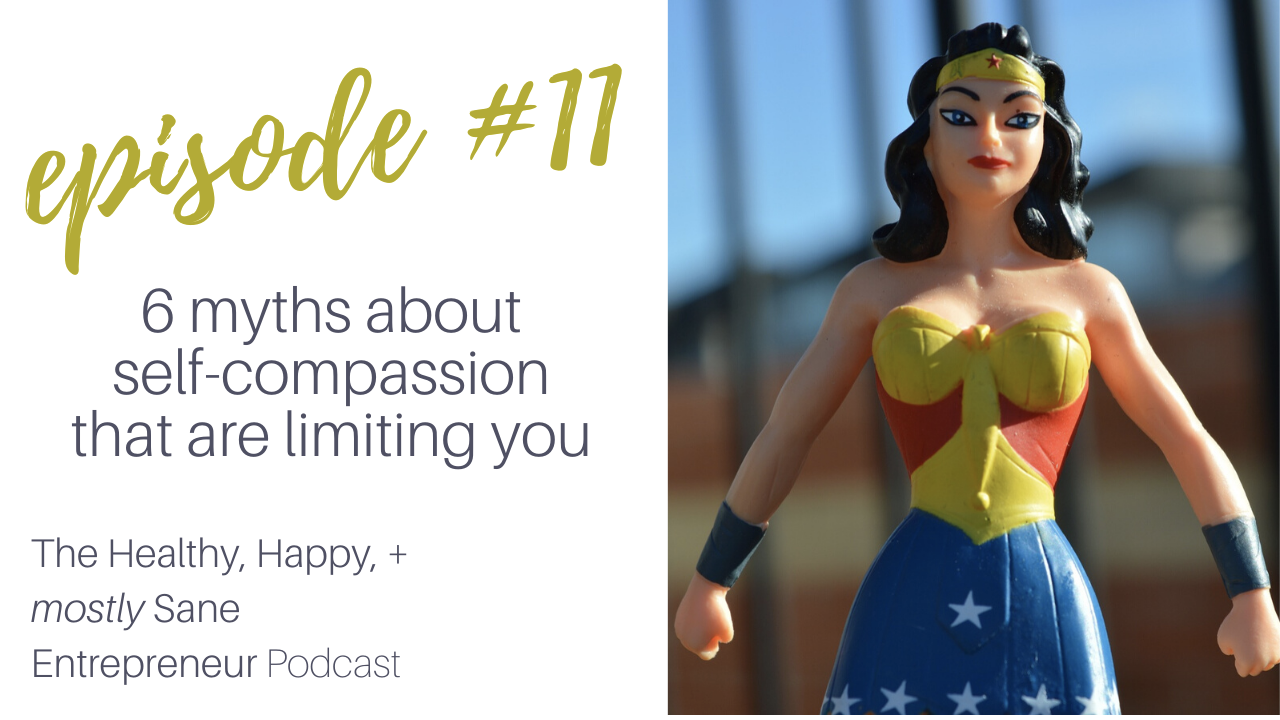 Note: some of the resources/links below may be affiliate links, meaning I get paid a commission (at no extra cost to you) if you use that link to make a purchase.

There are so many misconceptions about self-compassion, about basically being nice to yourself, that have been shown by science to be completely false!!

In this episode, you will learn:

Self-compassion is an incredibly powerful tool that can not only reduce that annoying negative self-talk that’s going on inside your head, but it’s been scientifically proven to help you with awesome stuff like being better able to bounce back after intense emotions, removing your limiting beliefs that are holding you back and leading to inaction, help you be more likely to take action, all while decreasing anxiety and helping with depression. <see resources at bottom for buttloads of awesome science>

Also, bonus, science says that if I have higher levels of self-compassion then I am more likely to experience boring and useless things like wisdom, happiness, curiosity, and optimism. Oh, did I say boring and useless? I meant awesome and awesome-er. If you missed Part 1 of this series, be sure to check out Podcast 10 for some amazing self-compassion info and my favorite self-compassion exercise. What? This is a series? Yup. 6 parts because that’s how important this topic is.

Misconceptions, Misperceptions, Myths, and all the BS reasons people don’t think it’s ok to be nice to yourself:

I hear this soooooo often from clients.  And it’s probably the MOST common misperception. And it turns out that it’s total crap.  I love this quote from Kristin Neff, “Think about the times you've been lost in the throes of self-criticism. Are you self-focused, or other focused in that moment? Do you have more or fewer resources to give to others?” (2019, p.26).

So, I am being selfish in my own negative thoughts of myself.

How much time and energy have you lost to those negative thoughts?

False: Self-compassion is all about feeling sorry for yourself

It's this idea that if I'm being nice to myself then I’m not being hard enough on myself for all the stuff that I’m doing wrong.  I'm taking pity on myself.

What science has actually found is that people who are self-compassionate, or are compassionate in general, are actually better able to acknowledge the things that are going wrong in their life, the things that they're doing poorly, the things that just suck. They're able to notice the bad stuff. And then, they're more willing to accept it and figure out what to do next.  They're accepting it, they're being kind and compassionate to themselves, they are forgiving themselves. And they're able to move on. Instead of that, becoming the story. Noticing what’s going on with yourself and in your life and accepting it is NOT self-pity.

False: Self-compassion means that I have to be nice all the time

It's about taking a moment, and being kind to yourself in that moment, which does not involve being nice all the time. You're still acknowledging those thoughts and feelings, you're still being grounded in reality that maybe you did do something wrong or maybe you could have done that better. But then you are choosing to be kind to yourself about that so that you can move on and get other things done, right, that this doesn't become what you're obsessed about.

I think that pretending it’s not hard is a weakness. I think that we do ourselves a disservice when we pretend that things aren’t challenging.

I have a local business to business stress management consulting business - basically I go into businesses and help employees figure out how to manage stress. I had finally gotten in the door of a client that could be potentially huge for me.  It could have opened up a national market. I went in, gave it my best shot, and they didn’t hire me. It would have been so easy to say, “OMG, I suck. I can’t believe I even tried. Of course they didn’t hire me. I have no idea what I’m doing. It’s such a stupid idea anyway.”  Those thoughts are a weakness. Those thoughts hold me back. Those thoughts limit me. Instead, I choose to be strong and self-compassionate. I recognize that trying to sell stuff to people is freaking hard. I’m going to fail. I’m not perfect. That’s ok. It sucks, but it’s ok.  The only way I’m grow and evolve is if I keep going.

False: Self-compassion is just a way to make excuses for my failures

This is the super-fun idea that when you're being kind to yourself it's just a way of excusing something you've done wrong. And that’s just not true.

You need to be able to notice your mistakes, admit that you've made them, look at them realistically, before you can move on from them before they can be something that you've learned from and grown from. You can't do that if you aren't being self compassionate.

You are pausing, you are noticing, you are being kind to yourself about the mistakes that you make. You're acknowledging them, and then you're moving on. You're learning from them you're growing, you're evolving.

And then there is an interesting myth or misconception that self compassion will decrease your motivation, that you won't be as motivated to get stuff done because you're freakin being nice to yourself.

So hopefully you kind of see some of the ways in which being a little bit more self-compassionate can be valuable to you, and how that could impact how you're approaching things in everyday life from how your parenting to how you're struggling with your health and wellness. Like if you eat an entire pizza when you’re on a diet, it doesn't become the whole thing you're thinking about that week, it becomes an opportunity for self-compassion, so you can try again and keep going.  And within your business consider how important it is to be able to keep going when things suck, when you fail, when you are suffering, when other stuff in your life isn’t going the way that you wanted.

How can you leverage self-compassion to keep going?

And, as always, there is an action step...

Kristen Neff, 2015, Self-Compassion: The Proven Power of Being Kind to Yourself

You can dive deep into some the benefits in Dr. Neff's books above, but here is a helpful summary.

Don't miss out on the entire 6-part series on self-compassion!

I wish you a healthy, happy, and mostly sane week!

Stay connected with news and updates!

Join our mailing list to receive the latest news and updates from our team. You'r information will not be shared. 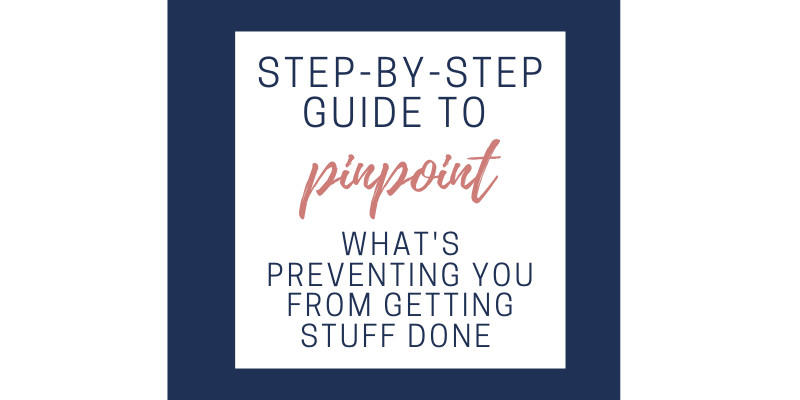 What's preveting you from getting stuff done? Find out with this FREE guide.

Get my free guide now 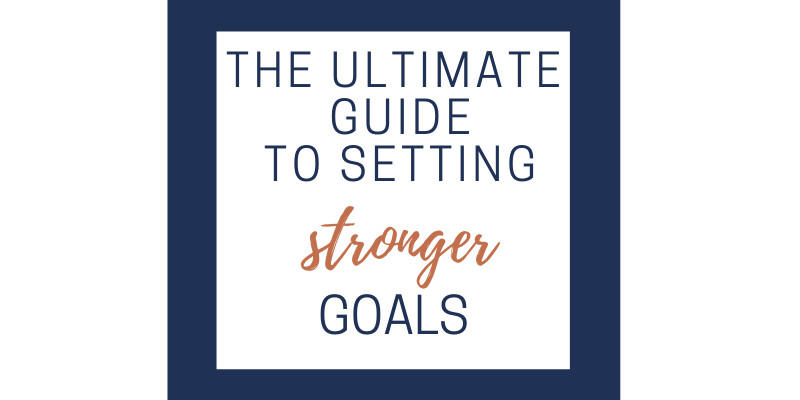 Learn how to set stronger goals in the new year so that you can be more focused, more in control, and accomplish more.

Note: some of the resources/links in the blog and podcast may be affiliate links, meaning I get paid a commission (at no extra cost to you) if you use that link to make a purchase.  If you have any questions about this please be sure to email.